Posted at 10:00h in Blog by Rachael Grammer
0 Likes

When Drew and I first met, she told me she and her fiancé, Rob, wanted to have no ordinary kind of celebration and the thought of a surprise wedding was very intriguing to them. I have read about and seen a few in recent years but have never had a client brave enough to attempt one… so, of course I was all about it! For those of you unfamiliar, generally you arrange for your guests to be at a venue for one reason or another and then surprise them by actually getting married right then and there. In Drew and Rob’s case, we used an invitation to their engagement party to entice all their friends and family.

Next up was choosing where the surprise would take place. Rob was involved with the new Trim Tab Brewing Company that was set to open its doors soon in Birmingham’s Lakeview District. Together, we all thought it would be a fun atmosphere for guests to get to see it before anyone else. Keep in mind, I am used to trouble shooting personal spaces to be used for wedding venues but most of those are at least completed structures. The first time I visited the soon to be Trim Tab, it was a raw unfinished warehouse. We knew it would be a challenge to setup around all the brewing tanks and portable office trailer as well as keep our fingers crossed the city permits came through in time to get bathrooms built and a new bar installed. Needless to say, electrical contractors were still making changes all the way up to just before party time. Be still my heart… it still races when I think about it!

Let’s just say we used lots and lots and lots of draping, bistro lighting and uplighting combined with sofas and tables to give the space a fun club feel. The night’s priorities were a fun lively “engagement” party, followed by a surprise announcement by the groom and a grand entrance by the bride exiting an Airstream camper stored inside the warehouse. Some how it all just worked and guests absolutely loved it! The other thing that was just fantastic was Drew and Rob hired Rhythm Nation to entertain guests… and they were amazing! 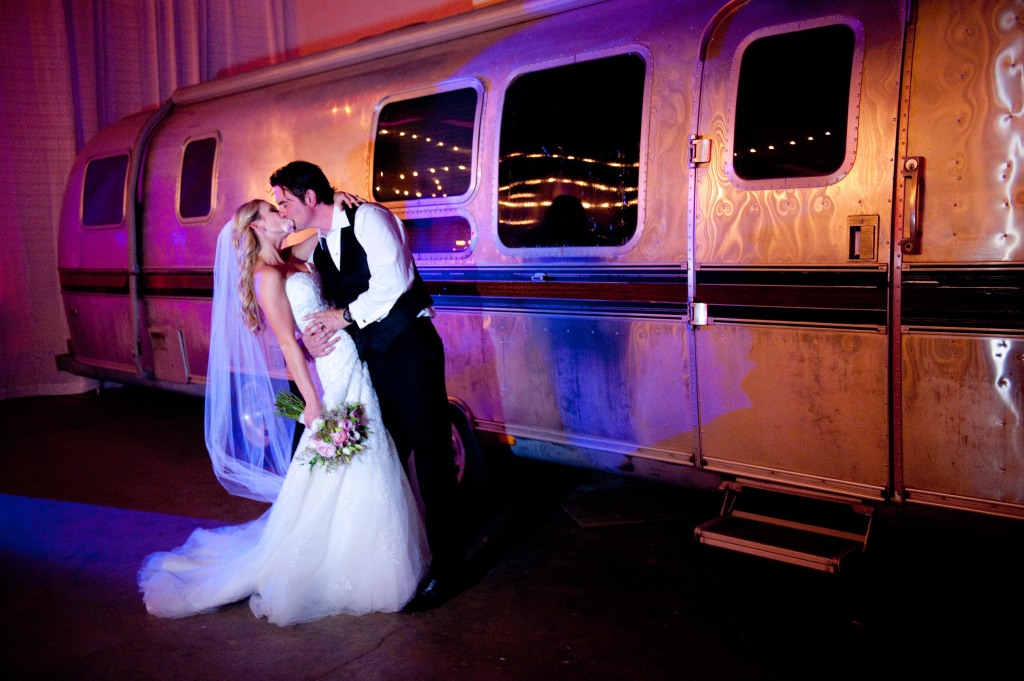